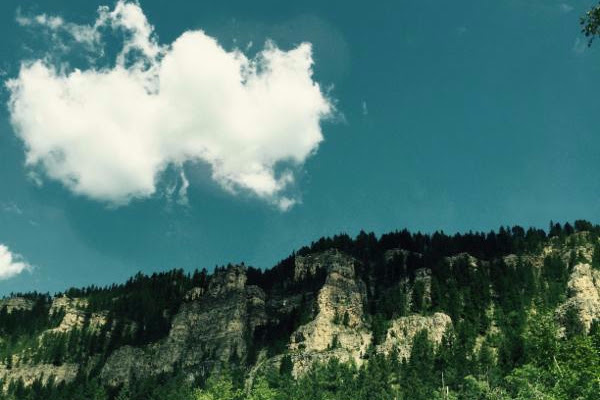 Unconditional love, it’s a word, it’s a phrase, it’s hard to connect with that. Unconditional love. Just think about the sun. It shines evenly all the time on everything. On the good and the bad, the beautiful and the ugly, the high, the low. It shines on those miserable people who kill people and murder people and treat people like shit and it shines on the people who care for people and do charity and help people every chance they get. The sun shines equally on everything and everyone. That’s what it is. That’s unconditional.”- Krishna Das

An explanation of bearing witness to suffering without judgement.

So, I said nothing was happening when we were sitting with Maharajji, that’s not exactly true. I don’t want to mislead you. So much nothing was happening, that it was like, the whole universe was happening. We were being loved in a way that we had never been loved before. Period. End of story. When I think about that, just imagine what it would be like to be loved in just the way you want to be loved, just the way you would imagine, “If I could only be loved that way, I would feel this way.” That’s what it is. That’s what it felt like at that time. That’s what real love is. It didn’t involve another person. Maharajji wasn’t a person although it appeared to us that there was this body sitting there throwing fruit at us, laughing. But that wasn’t exactly the point. Nothing, He didn’t seem to be doing anything except shining like the sun. Unconditional love, it’s a word, it’s a phrase, it’s hard to connect with that. Unconditional love. Just think about the sun. It shines evenly all the time on everything. On the good and the bad, the beautiful and the ugly, the high, the low. It shines on those miserable people who kill people and murder people and treat people like shit and it shines on the people who care for people and do charity and help people every chance they get. The sun shines equally on everything and everyone. That’s what it is. That’s unconditional. When I was in Auschwitz with Bernie Glassman, we got there, I think it was early November, and there was green fields and the trees were autumn, were just alive, blossoming colors, exploding with all the colors, all the leaves, right? It was so beautiful. And the first thing the polish woman said, who was our guide, she said, “You see all this green and these colors? There was nothing except mud and dirt because the prisoners ate everything they could eat. They ate the bark off the trees. The ate the grass. They ate the dead leaves. Anything they could put in their mouth, they ate.” Oh. And so then we were taken around the camp and were given, pointed out things, what happened here, what happened there. You know. And every day I would come to that camp and I would look up at the sun and I’d say, “How dare you shine on this place? How can you shine on this place?” Really, my heart was exploding in anger. “How can you shine on this place? What’s wrong with you?” he said. Well, we were there for a particular purpose. The reason Bernie takes people there is to bear witness to the suffering that happened there. To bear witness to the Beings and the Souls who suffered there and he feels their presence there and he feels by coming there to bear witness to their suffering, we dissolve the isolation and the loneliness that they must feel and in so doing, remove some of the suffering. It lightens the load of suffering by bearing witness. Bearing witness is an interesting concept. Witness. It’s not judging. The witness tells what they see. It’s the judge who gives the sentence. The witness simply witnesses. But I wasn’t able to do that. Every day I went there and I said, “How can you shine on this place?” And I would walk around and I was really, it was a heavy dark place until one day I looked up at the sun and I recognized, that’s what the sun does. It shines everywhere on everything. It shines on the inside and the outside. It shines on the way we love ourselves and the way we hate ourselves. It shines on everything.

So, I had to give up, in order to bear witness and be there, I had to give up my shit. I had to let go of my judgements about what happened there and who did what to whom. Not that it didn’t happen. But I had to stop judging in order to be there with the people who suffered. And another thing happened while I was walking around after this, kind of, breakthrough. I just thought to myself, “Listen, if I had been born in Nazi Germany to a family of Nazis and brought up a certain way, how would I be any different than any of the guards in that prison? What would I know? I would know nothing different than what I’d been taught and what I believed was true.” It ws humbling to see that I was no better than them. You know, we tend to, we completely don’t recognize how much the culture we were born in, the world we were born in, the time we were born in, the situation within the culture, our families, our close friends, we don’t recognize the effect it has on us and we think that we’re kind of, “we’ve got it together, we’re good, this is good, you know? I understand things. I’m together.” Not necessarily. So anyway, but I, for me it was a big thing to see that, really I was no different than the guards or the prisoners or the victims. And I had to kind of expand into that awareness of the way the sun shines on everything. So the kind of love that I’m talking about, when I talk about real love or Maharajji’s love, or the love, if you want to use the word, God or Divine, that love, that love has nothing to do with “me”, with who I think I am. That’s the love that lives within us as who we are underneath our thoughts and underneath the stories we tell ourselves. Underneath the way we treat ourselves. Underneath the way we treat other people, underneath the way we project our stories onto other people and our needs and our desires and our hatreds and our angers and our friendship and goodness and all that stuff, too. Underneath all that is this Presence within us. That’s Ram. That’s Krishna. That’s Kali. That’s Buddha nature. That’s the real love. That’s God. It’s inside. There’s nowhere you can go to get it. It’s just not available out there. Because out there is just what we see. Our movie. We wake up in the morning and we start writing, producing, directing and acting in the movie of Me. All day long. It’s only about Me. Me, me, me, me, me. And of course, we play all the parts in the sense that, I don’t know who you are, I look at you, I see the way you sit, I see you hold yourself, the way your hair is, the beard, the this, the frown on your face, and I think I know who you are. But that’s just my version of you, in my mind. We do that 24-7 365, to every one and every thing that we see, taste, touch, feel. Underneath all that is that sun shining on everything.

So when we do these practices, what we’re doing is slowly extricating ourselves from those projections, what we think is the outside world, and releasing it so that we naturally fall back into our self for a moment. And then we’re gone again. And then we recognize, oh, we’re actually in a room with a few hundred people chanting, so we remember to start singing again, paying attention, “ah we’re back” then we’re gone. Then we’re back. Then we’re gone. If you’re really watching, if you’re really paying attention, you’ll be coming and going like five billion times a second, but the point is that most of the time, we don’t know that. We’re just gone all the time and we never notice. When we start doing practice, that’s when we begin to notice. Not that you can do anything about it. Forget about it. There’s nothing you can do about it except practice. You can’t, where do the thoughts come from, where do they go? We don’t know. All we do is think. And thinking about it is just more thinking. You can’t, what do I always say? Something about a prison, something like that, right? This is why it’s good to be brain dead, you don’t have to work so hard. You can’t free yourself through thought from a prison that’s made of thought. The prison is the thinking, the thoughts. You can’t think your way out of that. Every thought is the prison. So, we have to find a way to release the thoughts. That’s what practice does.  And, the fact that we’re interested in practice at all is a fucking miracle. Look around. I mean, go to the supermarket and just look around. There’s nobody there. They’re just like… there’s nobody there. It’s amazing. And when you start to look around, you’ll see, most especially, now with technology, nobody’s here. Even when you had a moment that you might drop into yourself, nope… we’ve found more ways not to be here, that’s all. Terrific.  And don’t think India’s any better, they have more cell phones per capita than any other place in the universe. Everybody has a cell phone. Sadhus have cell phones. Yogis have cell phones. One Baba I know who’s so sweet, so beautiful, he lives in the jungle, he has to kind of go up onto this little hill, it’s a walk so he can get a signal and then he calls people and then you look at him and the phone’s upside down and backwards, you know? And he’s going, “haaaa” and the phone is like over here… he’s only pretending to use a phone.